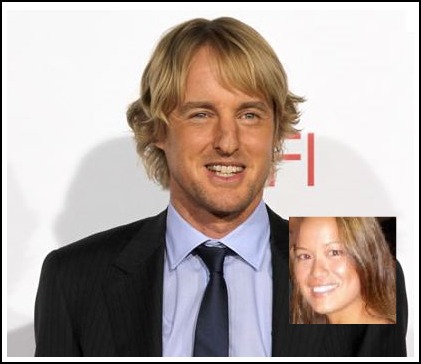 Little Fockers actor Owen Wilson, 42, whose girlfriend Jade Duell gave birth to the couple’s son Robert Ford Wilson in Hawaii on January 14th, 2011 is planning on getting married.  Not much is known about his girlfriend Jade because she stays largely out of the public eye.   She has never been seen with him in Los Angeles and she has never walked a red carpet with him.  It is nice to see that they want to keep their relationship private.   Owen had so many emotional problems when he split with Kate Hudson.  Owen has said Jade has given him a new lease on life.

The National Enquirer reports a source told them :

“Jade’s family likes Owen a lot and they don’t want to cause any tension, but they want him to marry her for the baby’s sake. “They’re very traditional. They expect Owen and Jade to get married in a formal religious ceremony — the sooner the better!”

If they are indeed thinking of marriage we wish Owen and Jade a happy marriage and hoping their life together will be rich in joy and love!