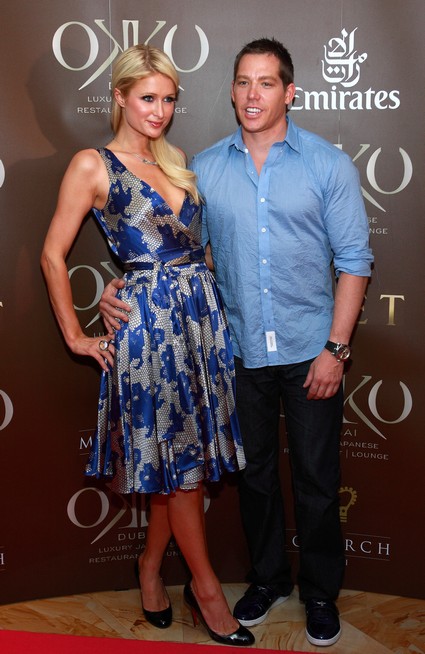 It seems poor Paris has no luck in love.  It seems as though she’s always in a long term relationship and claiming she’s found “the one”.   But, Cy Waits didn’t seem to have that lovey-dovey effect on Paris quite like her past boyfriends.  “They are broken up,” said an insider. “It’s sad, she cares about him a lot and thinks he’s a great guy but they really hit a rough patch.”

On The World According to Paris, viewers get to see exactly what this “rough patch” entails.  Perhaps it was just the editing, but the show has Waits coming off as possessive, jealous, and insecure. So not hot.

Nobody said it was easy dating Paris Hilton, especially if you’re not used to the media attention that follows her. “[Cy] found it difficult to live his life with her in the spotlight and that’s what caused their split,” continued the source.  “No drama, it’s amicable, but things didn’t work out.”

The two started dating in Spring of 2010, and it’s sad to see this on-again/off-again relationship finally put to rest. Whatever, Paris is more fun as a single girl anyway.  I hope Cy enjoyed his fifteen minutes of fame!