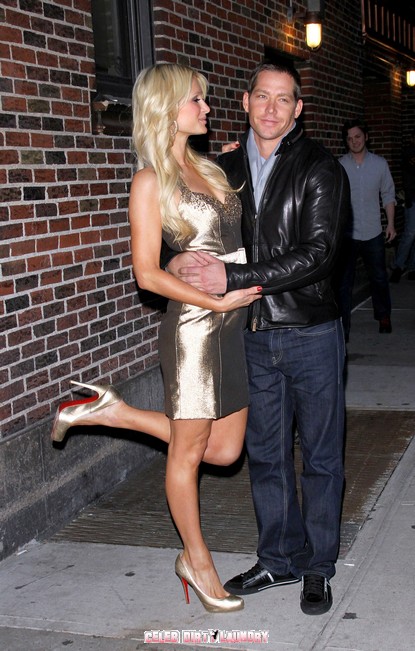 From Nick Lachey & Jessica Simpson to Carmen Electra and Dave Navarro, if history is any indicator, reality shows plus relationships equal failure. Paris Hilton and Cy Waits are no exception, as they are now having relationship issues after the latest episode of The World According to Paris aired.

“Cy is very upset with The World According to Paris. He felt that way too much of their private life was shown. When he signed on to do the show, he had no idea the cameras would be so invasive,” said a source. “It’s hard on the relationship because he’s not used to this lifestyle, the media and being on a show.”

He’s dating one of the biggest media targets in Hollywood and he’s not used to the media? Come on!

“Sometimes he feels like Paris isn’t ready to take the next step. They both love each other very much and are deciding what to do now,” the source continued.

Well, considering she’s claimed all her ex-boyfriends have been “the one” at some point, it’s not looking too good that she’s not gushing over you, Cy. Good luck!