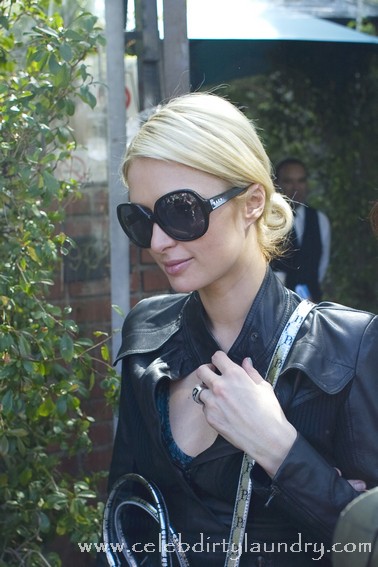 The 30-year-old self-made celebrity Paris Hilton – who says she is a “massive fan” of the British royal family – is reportedly “desperate” to attend the April 29 nuptials between Prince William and Kate Middleton, and has been bombarding her contacts in the hope of securing an invite to the ceremony at Westminster Abbey.

An insider said:“Paris is a massive fan of the royals and counts Princess Diana among her idols, so she’s desperate to be seen at the wedding.  She knows it will be an event not to be missed.”  “She’s been speaking to all her contacts in the hope of getting an invite, but so far she hasn’t had any luck.”

As well as idolizing William’s late mother Princess Diana – who was killed in a car crash in Paris in August 1997 while on a very late date – the socialite recently admitted she would love to date the “hot” prince if he were to ditch Kate.

After meeting William in the exclusive London nightspot Whisky Mist in 2008, Paris said: “I’d be more than happy to date William so long as he ditches the mousy girlfriend.” “I couldn’t believe it when I met him. He was awesome and really hot.”