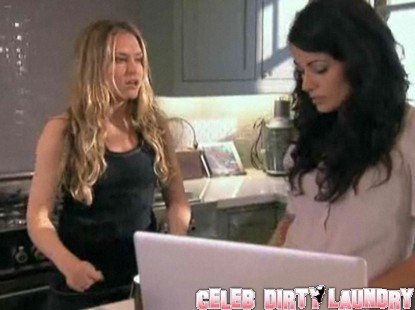 Paris Hilton‘s new reality show “The World According to Paris” airs on the Oxygen Network, June 1st, 2011.   Paris promises lots of drama on the show, the show also stars Charlie Sheen‘s ex Brooke Mueller.  Paris says viewers will get a look at everything in the life of Brooke as she fights her addiction and her ex Charlie.  Paris said about Brooke, “She’s not afraid to tell the truth. And as a producer of the show, I love that for TV. I love someone who’s not afraid to show everything.”

In the first episode Brooke and her assistant Kristen argue over their working relationship.  Meanwhile Paris who has been friends with Brooke for years implies that Charlie’s ex wife Brooke  is  more than friends with her female assistant Kristin.   We have got the exclusive video below so you can see a sneak peek of the drama unfold – Enjoy!  What do you think will you be watching Paris’ new reality show?  I will!