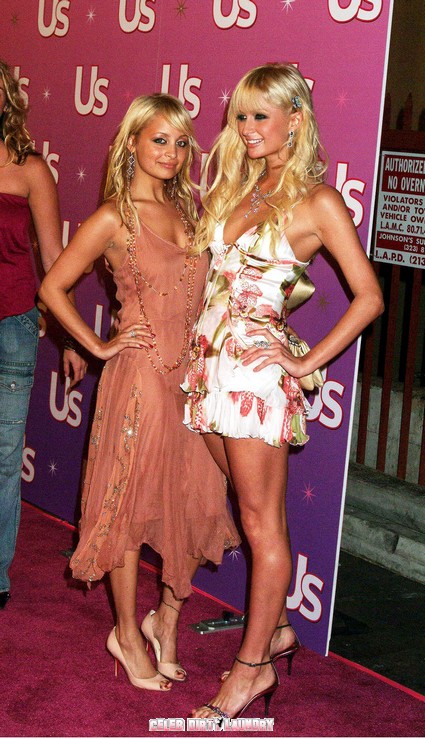 Sanasa, sanasa! Former Simple Life stars, Paris Hilton and Nicole Richie were spotted laughing and having a good time at the Roosevelt Hotel in LA last night. The two were celebrating Charlotte Ronson’s clothing line launch, I Heart Ronson. Despite the recent breakup from Cy Waits, Paris seemed to be having a great time.

“Bill, great seeing you tonight at #Iheartronson. You looked so beautiful! Love you. Love Sill xoxo,” Paris tweeted to her former BFF.

The previous night, the two were spotted at the Britney Spears concert. Paris and Nicole aren’t photographed together as often as they used to be, but it’s nice seeing these two together again. Maybe they’ll consider a Simple Life Season Six: Paris & Nicole in their 30’s?  Loves it!