Paris Hilton Dazzles at the Wedding of Petra Ecclestone – Photos 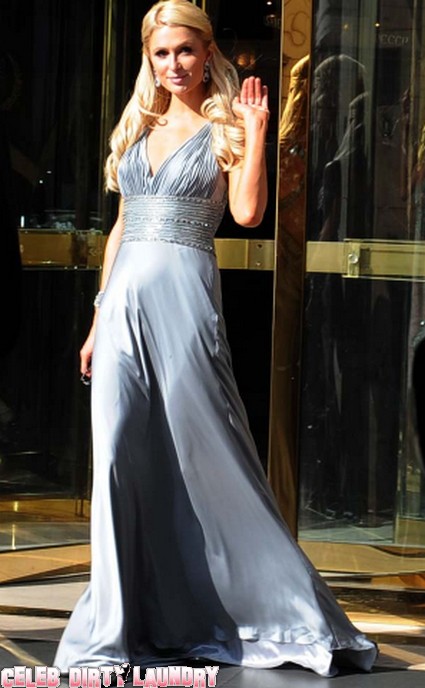 Paris Hilton dazzled in a full-length silver dress at the wedding of Petra Ecclestone, 22, to James Stunt, 28, yesterday in in a lavish ceremony in the 15th century Odescalchi Castle, in the hilltop village of Bracciano. Italy.  Paris and Nicky Hilton were seen making their way to the venue, alongside their mother Kathy Hilton.  Paris tweeted on her twitter account: “Last night was by far the most incredible wedding  I’ve ever been to! So romantic, perfect and lots of fun! So happy for the bride and groom!”

The wedding was one of the most highly-anticipated celebrity events of the year, with guests including members of the royal family Sarah Ferguson, the Duchess of York, and daughters Princess Beatrice and Princess Eugenie.

Paris spent the day before the wedding  shopping in some of Rome’s most upscale boutiques with sister Nicky and Fergie of The Black Eyed Peas.  Later that evening we caught her leaving her hotel to attend the rehearsal dinner wearing a stunning little black dress.  Paris tweeted about the rehearsal dinner: “Had the best time at my friend’s wedding rehearsal dinner. The bride to be looked so stunning! ”

Click on the thumbnails below to enlarge more pics of Paris!