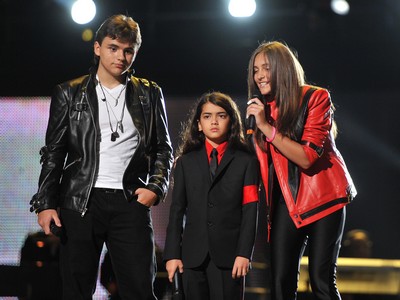 The children joined family and celebs to celebrate their father Michael Jackson’s life.  Some of the Jackson clan did not attend because they felt the concert was inappropriate because the Dr. Conrad Murray case is going on.  Jermaine and Marlon said: ‘We feel that the most important tribute we can give to our brother at this time is to seek justice in his name.’

While Michael’s other brothers wanted to celebrate the positive side of his life and the positive things that he did.  Proceeds from the concert will go to AIDS Project Los Angeles and Prince’s Trust charities, while a part will be placed in a trust fund for Jackson’s children.

Click on the thumbnails below to enlarge more pictures!