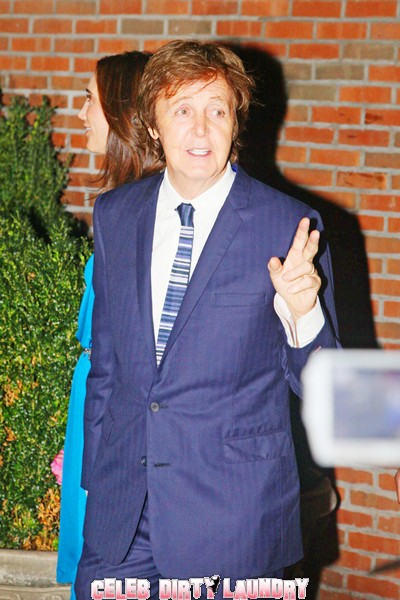 Sir Paul McCartney and Nancy Shevell celebrated their recent marriage with another wedding party in New York on Friday night.

The Beatles great and the American heiress – who tied the knot in front of 30 friends and family members in an intimate ceremony at London’s Marylebone Register Office on October 9 – celebrated their nuptials again at the Bowery Hotel alongside a number of luminaries.

The guests were treated to a candlelit vegetarian feast, champagne and dancing to Motown music before the party drew to a close at around 1am.

Leaving the event, actress Aida Turturro told US Weekly magazine: “Wow. Wow. Wow. That was amazing! The best part of the party was the dancing. But it was all amazing!”

Greeted by a large crowd of well-wishers as they left the bash, Paul and Nancy – a native of New York – were said to look “happily overwhelmed” at the number of people who had turned out to wish them well.

An onlooker said: “Nancy looked so overjoyed and sort of happily overwhelmed by the outpouring of joy for them. They held hands and took photos as made their way to the car.”