Pauly D Moves From The Shore to The Studio 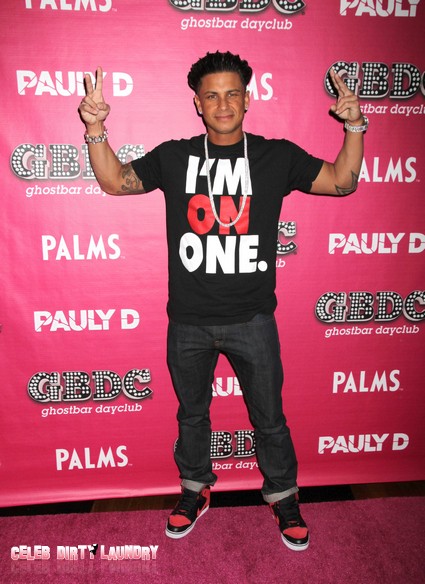 Reality TV star Pauly D has been signed to 50 Cent‘s record label G NOTES.  And he’s so excited he took to Twitter to announce the news.  His tweet boasting ‘Big Big Things In The Works @50cent and @DJPaulyD’.   Luckily for the Jersey Shore poster boy talk of a three album deal with the rap heavyweight back in August came true.

Paul ‘Pauly D’ DelVecchio has been on the wheels of steel for a while.  The 31 year old released ‘Beat Dat Beat (It’s Time To)’ in 2010. He teamed up with Britney Spears on her Femme Fatale tour in the US this year as a support act. He also signed an exclusive DJ residency with the Palms Casino Resort in Las Vegas.

There’s no word yet when Pauly D will hit the studio or release his first single. He’ll have to fit it into his busy GTL routine. Let’s just hope he doesn’t do a duet with Snooki!