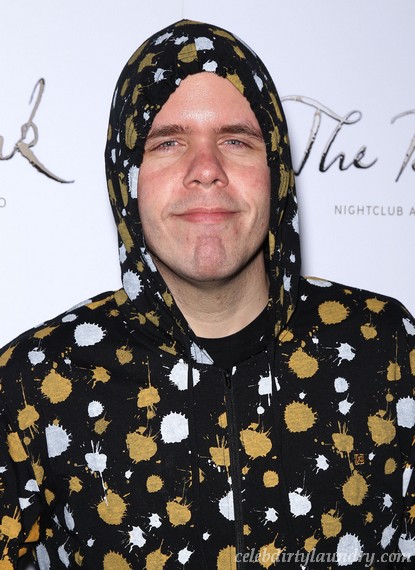 Because this twit has crafted so much goodness online, someone is allowing Perez Hilton to write a children’s book!

Holy crap, I can’t tell you how preposterous this idea even is. In the first place, Perez has put together a website that lobs nothing but hatred and spews garbage at celebrities who have become afraid of going against him. Still, even if that weren’t the case, he draws little “coke lines” and other stuff on the photos using his painstaking knowledge of MS Paint.

So I have to wonder exactly what he can say in this book that would actually make parents want to buy it for their children? Will he discuss bullying? Because that seems to be the latest bandwagon that he’s hopped on. He is/was a huge bully and then he jumped on the anti-bullying bandwagon. He’s so fake that it has become obvious to anyone with half of a brain.

He’s failed at turning his website into something nice, he’s failed at his other websites and he has failed at any type of career in music. So this just comes off as pandering. USA Today reports:

Hilton is penning a children’s book titled The Boy With Pink Hair, celebrating individuality and self-acceptance. “This story is about every kid that’s ever had a dream, felt excluded, wanted to belong, and hoped that one day they could do what they loved and make a difference,” says Hilton in a release.

Will you purchase this book? Do you think it will sell??? Let us know in the comments!