Perks of Being a Princess Will Pay Off for Kate Middleton 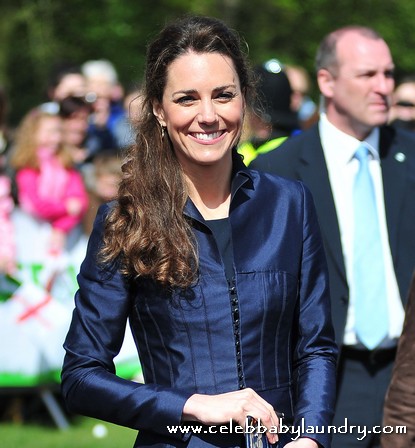 Kate Middleton and her prince have been dating for seven years. But after the long wait, it will defiantly pay off. It doesn’t just end with a royal title and hot husband, but the list is much better than that. So here is a list of nine things Kate Middleton will be receiving after she says “I Do”

1. Security- Diana, William’s mother, had the same security service Kate will be receiving. This consists of a whole gaggle of them with her at all times, and even increasing when she’s traveling.

2. Awesome Housing- Kate will receive a good set of apartments at St. James Palace. These can be used whenever her and hubby Prince William decide to visit London.

3. Private Secretary- Kate’s role comes with many duties that include personal appearances and trips around the world. Kate will be receiving her own personal secretary and a staff of organizers to take care of all her duties as princess.

4. Wardrobe- Kate will be receiving every type of clothing you can ever imagine made specifically for her. She will also have her own wardrobe stylist and receive new clothing for every event.

5. Jewelry- Kate will gain access to the queen’s Jewels, which are worth $39 million all together. While she won’t own all of these, she will still have access to wear them whenever she chooses.

6. Stationary- If Kate chooses to send a letter like Diana often did, she can do it with personalized stationary from whatever palace she is in at the moment: the Kensington, Balmoral, or wherever.
7. Designer Shoes- The British princess will follow in the footsteps of others as being known for choosing top designers as their personal shoe designer. Her mother-in-law Diana chose Jimmy Choo. It is yet to be known who Kate will choose.

8. Ladies in Waiting- These ladies will basically serve as female personal assistants. They are normally picked by the princess or queen personally, and it is rumored that Kate will most likely choose her sister Pippa as the head.

9. Personal Chef- Darren McGardy once cooked for Diana and has already been feeding the royal couple. He prepared the groom’s cake, which will be served on the couple’s wedding day. He is rumored to become the duo’s personal chef.

How can we help but be jealous of Kate?  With all these perks, its no surprise that woman are constantly all over the young male royalty. Can you blame them?