Pete Doherty Talks about His Difficult Time in Prison 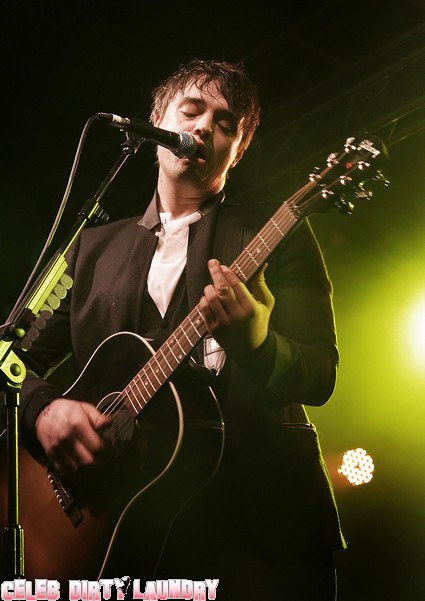 Babyshambles singer Pete Doherty, 32, has spoke out about the difficult time he had in prison.  In March 2011 he pleaded guilty to possession, he was granted unconditional bail until sentencing on 20 May.  On 20 May, Doherty was sentenced to 6 months in jail for possession of cocaine, following the inquiry into the death of Robin Whitehead.  He has since been released and has a monitor tag on his ankle.

Since his release from prison he has been uncharacteristically low keyed.  However, he did do a show in Stoke, England on Wednesday August 24th, 2011 as a warm-up for his show at the Reading and Leeds festivals this weekend.  He reached out to his fans to tell them how relieved he is that he is out of prison.

He posted on his blog:  “The first outing since the sentencing, prison, tag, sequence that just ended… although the sods haven’t yet removed the actual tag… So I was bound to be a little bit, er, rusty?…

“The gig was shambolic and I was at something of a loss… just playing songs as people shouted them out… but even so, I can’t tell you the sense of relief now I’m finally free to crack on with my (life). It’s been a rotten old few months and I dont mind admitting it. Deep sigh.”

Well I hope Pete has actually learnt something from this stint in jail.  Pete has a long history of substance abuse and has been arrested many times for drug of offenses.