Photos: Paris Hilton Poses With Her Youngest Fans At Her New Store In India 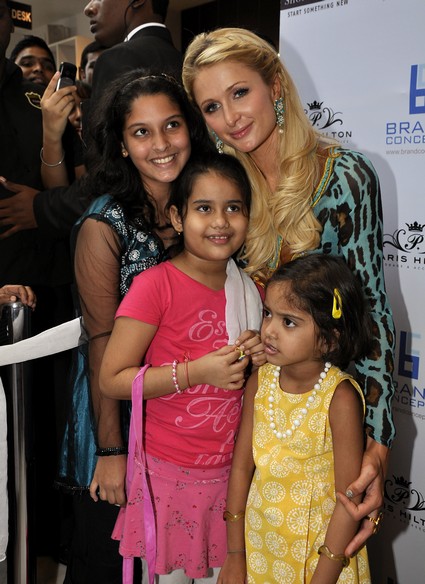 Paris Hilton unveiled her line of bags at a shopping mall on September 25, 2011 in Mumbai, India. Paris met many fans, posed for pictures and signed handbags.  Paris also met some young adorable fans who waited to get a glimpse of her in Mumbai while she shopped around the store and did a lot of personal shopping.  Paris made the children’s day by posting for pictures with them.

Paris met fans, blew kisses and made everyone in India fall in love with her graciousness.  Paris is said to have been overwhelmed by the turnout at the Inorbit Mall.

Paris tweeted: “Wow! Thousands and thousands (sic) of people here at Inorbit Mall for my PH purse launch! Love my fans in India. What an amazing turnout…Everyone is so friendly and sweet”