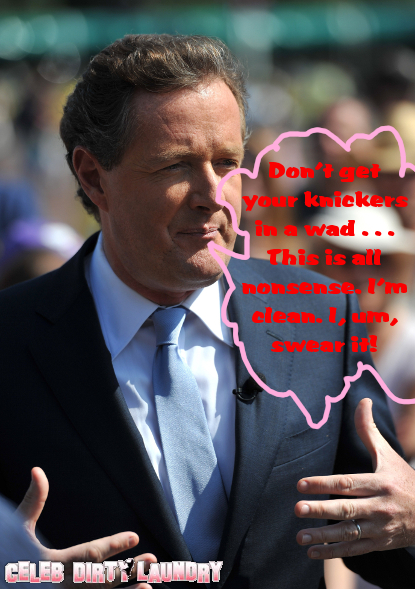 By now I’m sure you’ve all probably heard about the phone hacking scandal involving News of the World, which is set to close its doors in light of their immoral news-acquiring methods. And the plot thickens . . . Now Piers Morgan, the host of his own CNN show and an infamous judge on America’s Got Talent, is being accused of similar practices.

In a hearing today, a conservative member of Parliament has made allegations toward the famous journalist for being part of the scandal. So, has Morgan’s past come back to haunt him — is he a hacker?

Morgan was amazingly quick to deny the allegations. He had this to say in a tweet once he heard about the accusations:

That MP just claimed I boasted in my book of using phone-hacking for a scoop. Complete nonsense. Just read the book. I’ve never hacked a phone, told anyone to hack a phone, or published any stories based on the hacking of a phone.

What do you all think . . . do you think he’s somehow wrapped up in this mess?