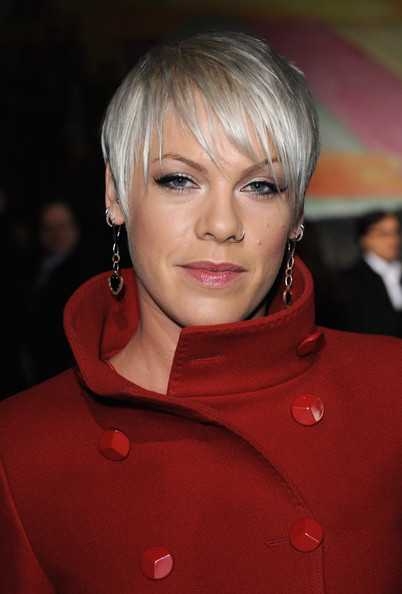 Singer Pink, 31, who recently gave birth to her first child, a girl Scarlett, with her husband Corey Hart is mad as heck at Selena Gomez, 18.  It seems Pink spotted Selena filming a clip for her new video ‘I Love You Like A Love Song’ on a Malibu beach with several brightly-painted creatures.  Pink claimed Selena painted a horse fuchsia for her latest video.  Pink is a card carrying supporter and campaigner for PETA (People for the Ethical Treatment of Animals) and she was none to happy about the situation.

Pink tweeted the following on her twitter page:  “If there are any animal activists around Malibu- at Leo Cabrillo State Beach, there are horses being painted for a stupid music video. Shame.  “Artists should be more aware and responsible for their actions.

“whether u r a fan of mine or whomEVER’S, i won’t stop speaking out about animal cruelty.i’ve taken responsibility in the past,so should she.(sic)”

Selena’s rep and the record label was quick with a denial claiming no animals were harmed during the filming of the video.  A rep said, “It was important to the Production Company, Record Label and Ms. Gomez that no animals were harmed and all proper precautions were taken. “A non toxic, vegetable based powder paint was applied via an airbrush and removed with water. An official from the Humane Society was on set supervising.”