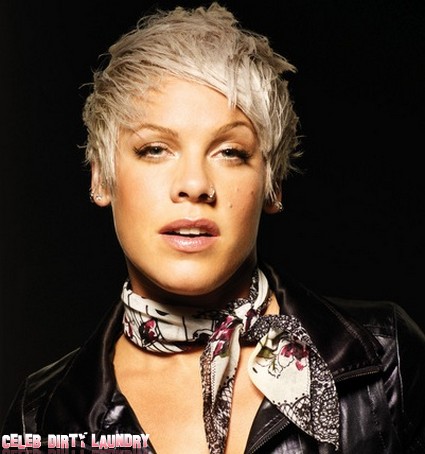 Pink is one cool chick. She not only rocks out on stage, sells millions of records, is married to a motocross legend and mum to a baby girl – she can now add animal lifesaver to the list. The singer is credited with saving an abandoned puppy from that big doggy heaven in the sky.

The singer forked out $5000 for life saving surgery on the mutt which had been thrown off an LA overpass and into a river. As reported by TMZ – she saw a video of the dog left for dead on the internet. It had three broken legs and extensive injuries. The animal lover was so upset she wanted to help. She rang the animal rescue organisation featured in the story and offered to cover all medical costs.

The pup was given the best care Pink money can buy and has now made a full recovery. It’s even been adopted by a local family and is living happily ever after. All thanks to a pop star who picked up the phone when she saw a way to make a difference.

Pink’s random act of kindness shouldn’t really come as a surprise. She’s a longtime animal activist and has also been involved with PETA. In 2003 she sent a letter to Prince William expressing her outrage at the British sport of fox hunting which he has been known to take part in. She also wrote to the Queen complaining about the real fur used in the uniforms worn by some of her Guards.