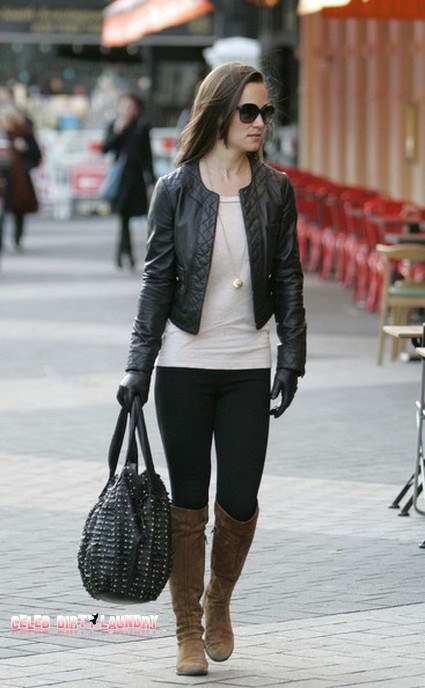 Pippa Middleton, the publicity-seeking sister of Kate Middleton and sister-in-law of Prince William has apparently royally pissed off the Queen! Pippa has abused her proximity to Britain’s Royal Family for her own gain by signing up for a publishing project that could make her Britain’s Martha Stewart – this according to The National Enquirer.

Queen Elizabeth is 85-years-old but she is not to be trifled – she blasted Kate after Pippa signed a $600,000 deal to write a party-planning book. An insider said the Queen ‘immediately scolded Kate, telling her she had better get her family under control.’

‘Queen Elizabeth was irate. She feels the monarchy is all about donating their time to charity and giving back. She thinks Pippa – whose family owns an online party supply business – is trying to exploit her new found fame and connections.’

‘Kate tried to explain that Pippa has always dreamed of writing a book on entertaining and that it has nothing to do with the media attention, but the Queen feels otherwise.’

When Kate told her parents about the Queen’s concern, the insider said they freaked out.

‘Poor Kate is caught in the middle – her parents and sister are miffed. They feel it’s quite selfish for the Queen to assume that Pippa is using her new fame to make money.  They told Kate to tell the Queen that while they very much respect the royal family, Pippa will write the book, come hell or high water.’

This is a little much to accept – do you see the Middleton’s asking the Duchess of Cambridge to tell the British Monarch that Pippa will write her book ‘come hell or high water?’

Poll – do you believe that Pippa is abusing her Royal Connections?