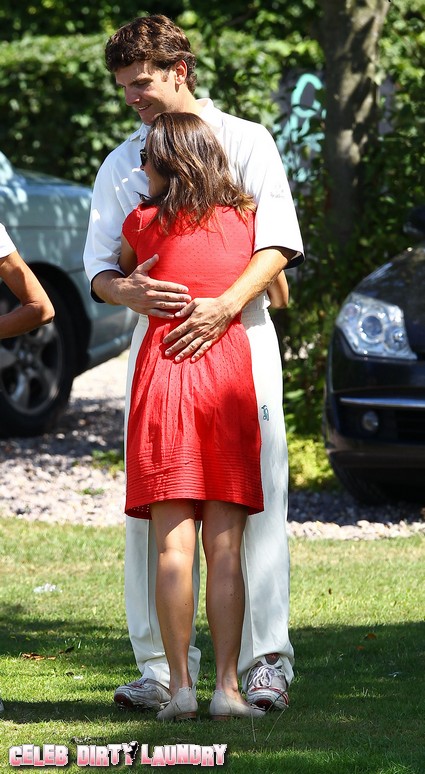 Ever the supportive girlfriend, Pippa Middleton came out to support her boyfriend Alex Loudon’s cricket match on Sunday.  While fans initially might have been there to watch the Cricketer Cup Final in London, all eyes were no doubt on the royal sis herself, dressed in an adorable bright red dress.

Although there were reports earlier this summer that the two had split up, they appear to still be going strong.  Pippa met Alex through Prince William, who met each other when they went to school together at Eton.

Pippa’s status rose to epic amounts after her sister’s wedding, and people just can’t seem to get enough of her.  Alex sure is one lucky fella!

Check out the pictures of the two sharing an embrace below.  Despite the smiles, unfortunately Alex’s Eton Ramblers lost to the Old Malvernians by four wickets.  Whatever that means.

Click on the thumbnails below to enlarge more photos!