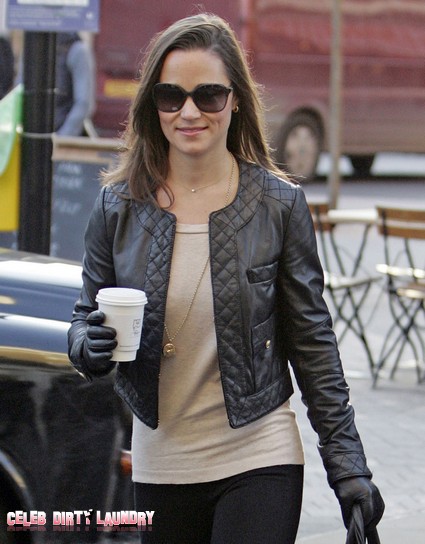 Kate Middleton‘s sister Pippa Middleton is making Kate’s grandmother-in-law Queen Elizabeth II irate.  Pippa has signed a $600,000 deal to write a book.  Now don’t get excited it is not a tell-all, it is a party planning book.   Writing a book has always been a dream of Pippa’s and now her dream is coming true.  The book deal will make Pippa the British equivalent of Martha Stewart.

National Enquirer reports: “After Queen Elizabeth, 85, heard about the book she scolded Kate, telling her she had better get her family under control.  The Queen was irate.  She feels the monarchy is all about donating their time to charity and giving back.  She thinks Pippa whose family owns an online party supply business is trying to exploit her new found fame and connections.”

They further report that when Kate told her parents the Queen was irate they were not pleased and now poor Kate is caught in the middle.   Her family does not feel that Pippa is trying to exploit her new found fame to make money.  Kate’s parents are adamant that Pippa will write her book no matter what anyone thinks.

How ridiculous, Pippa is certainly exploiting her fame.   No one would want her to write a book if she was not the sister-in-law of Prince William and the sister of Kate Middleton.  What do you think?  Sound out in the comments below!