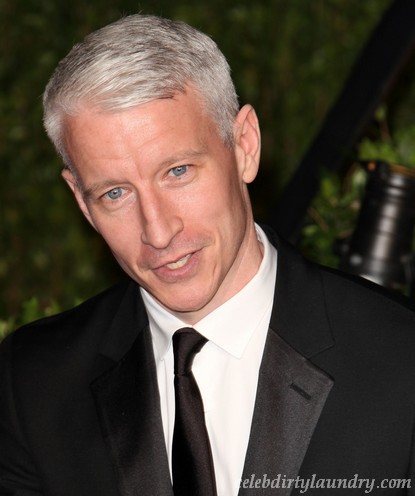 Apparently there are a lot of girls — and guys who want to see the silver fox, Anderson Cooper nude! Who knew?!??

The publication has confirmed that they are putting a $10,000 bounty on naked pictures of the CNN reporter, in the buff. Playgirl spokesman Daniel Nardicio said that Anderson is at the very top of their ‘Top Ten Guys We Want To See Naked’, which is a feature in their March issue.

He said, “He’s got this charisma that a lot of our readers are attracted to, plus now he’s all muscled, he’s not only smart but also hot. Both our male and female readers love Anderson.”

Do you want to see Anderson Cooper nude? Who tops your list of guys you want to see naked? Let us know in the comments! I’ll start by saying that the world needs more of Alexander Skarsgard sans clothing. Whose naked pictures are you hoping to see leaked soon?