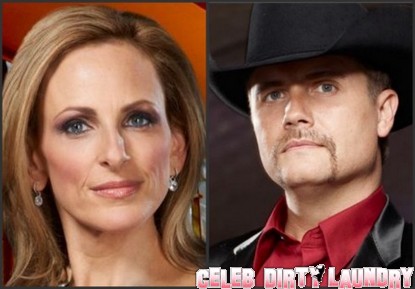 Two of the very calmest contestants duel it out tonight on the finale of Celebrity Apprentice, John Rich, 37,  and Marlee Martin, 45.   In a season filled with screaming, fighting and downright lunacy the two were cool, calm and collected.  About how they handled the craziness this season Marlee said, “When people would start going crazy and fighting, I actually used my deafness to my advantage. I would just turn away and not listen to any of it. I don’t want to know. All I wanted to do was stay focused.”

John said the only thing that really bothered him was, “The only thing that ever got me was when Richard Hatch and Jose Canseco said my fans were backwards … I had to set them straight on that, but I tried to never lose my cool.”

Tonight as the task continues, the finalists rush to prepare for their 7UP Retro events. One finalist’s team is frustrated by their leader’s lack of direction. The other finalist introduces Def Leppard before the band is ready to appear, creating an awkward break in their event.   Who do you think will go home as the winner?  Celeb Dirty Laundry wants to know – tell us in the poll below?