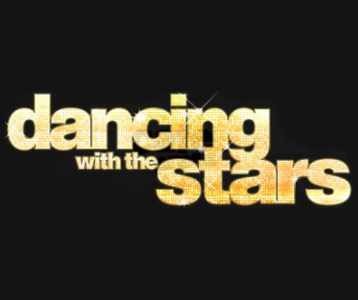 Last night was the second episode of Dancing With The Stars Season 13.  The contestants attempted to dance the Quick Step and the Jive.  If you missed last night’s episode catch our official recap here!   Several times during the evening I was asking myself what the judges were smoking.   Elisabetta Canalis is stiff, wooden, can’t dance and has absolutely zero chemistry with her partner Val Chmerkovskiy yet the judges scored the pair a 21/30.  huh?  Poor David Arquette who danced the Jive, it was not the best Jive but it was fun and a lot better than Elisabetta’s and yet the judges decided he deserved an 18/30.

The biggest mystery of the evening was Nancy Grace.  Len who is always the most critical of the judges gave her a score of 8/10 for her Quick Step.  I am not sure what Len was watching but perhaps he had his eyes on her nip slip and forgot to look at the dancing LOL.  When host Tom Bergeron was calling her to the judge’s table, he was talking about how acceptable *that* would be for their European show.  WE wondered what he meant.  Nancy denied she had the nip slip but if you really need to see it for all the proof and pics.

Tonight one celebrity is leaving the ballroom, who do you think will leave?  Let us know in our poll below.  My guess is Elisabetta Canalis, but since the judges scored her so high who knows.