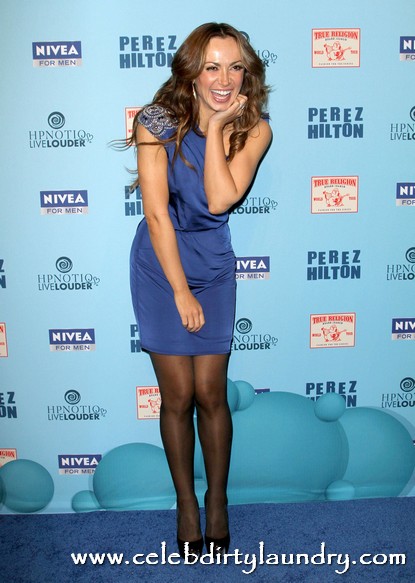 Hugh Hefner, 32, announced on twitter that Karina Smirnoff was going to pose nude in the May issue of Playboy Magazine.   He tweeted “The May issue of Playboy is unforgettable with Dancing With The Stars’ Karina Smirnoff on the cover & nude inside.”  Karina is currently on Dancing With The Stars as the professional dance partner of actor Ralph Macchio’s.

There was a lot of speculation about how the producers of Dancing With The Stars would take the news.   However, contrary to popular belief  the news didn’t come as a surprise to her bosses.   A source said  “They did know ahead of time and they still gave her one of the best pairings.”

Karina is the first DWTS professional dancer to pose nude for Playboy.