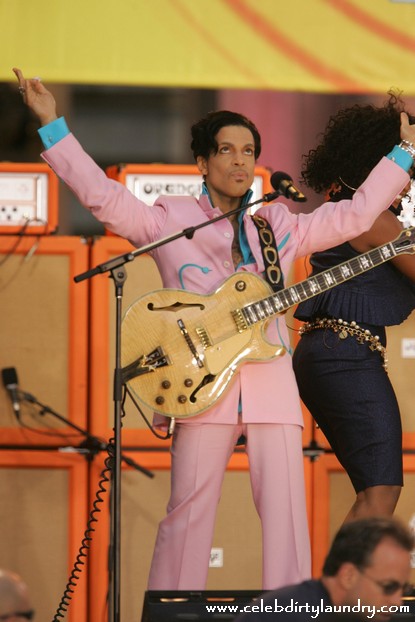 Not wanting to appear callous and cruel to stoned and disruptive stars, a representative for Prince has reached out to Whitney Houston as the troubled singer undergoes rehab treatment, dismissing rumours she has been banned from the star’s shows and insisting he will “love her always.”

The ‘I Will Always Love You’ hitmaker recently enrolled in an out-patient rehabilitation program to seek treatment for substance abuse issues.

She was subsequently hit by rumours she had been banned from future Prince shows after allegedly behaving bizarrely at two concerts in Los Angeles this year, but a representative for the ‘Purple Rain’ hitmaker is adamant the gossip is not true.

The spokesperson, in a statement released also confirmed Prince was delighted to invite Houston on stage during one of his recent gigs: “Whitney Houston is always welcome at Prince shows 4 all of eternity. Seeing her at 2 shows at The Forum in L.A. was a treat, especially when she sang with Chaka Khan and danced with Prince during his set. We love her always.”

Sure – as long as Whitney stops asking for free tickets.