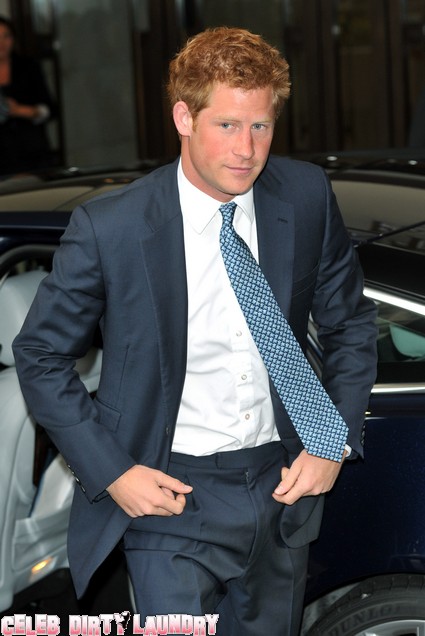 Leonardo DiCaprio and his long-time girlfriend Bar Refaeli broke it off earlier this year and now Prince Harry wants in on the action.  The red-haired prince is available after splitting up with lingerie model Florence Brudenell-Bruce.

‘She loves that a Prince is desperate to go out with her and she’s been bragging about it to her friends, but that’s as far as it goes. Harry really isn’t her type – she just doesn’t find him attractive.’

‘She may not have had a royal trying to date her before but she’s had a lot of over-the-top stuff. One guy hired a skywriter to ask her out a few years ago. She turned him down, too.’

‘Thanks to Leo and her modelling career Bar’s accustomed to being around wealthy people,’ says her buddy.

‘Harry’s money just doesn’t impress her. She’s used to dating Hollywood royalty and she doesn’t get starstruck that easily.’

Perhaps Bar’s disinterest is for the best. Bar is supposedly from an observant Israeli Jewish family and its hard to imagine Prince Harry converting.