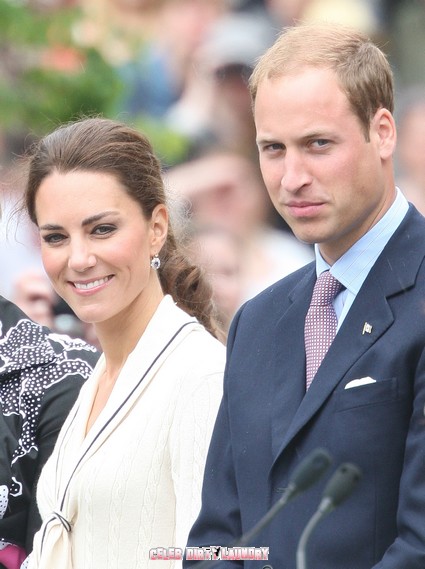 The Royal tour of Canada by Prince William and Kate Middleton finds the couple in Canada’s far north. The pair are in Yellowknife, the capital of the Northwest Territories where they arrived late Monday in the rain but were still greeted by tons of supporters.

Kate made big news after an onlooker wished her luck in starting a family: She responded, “Yes, I hope to,” lighting a media fire over the possibility of her having children soon.

William and Kate’s first child will on day most probably be monarch – especially since the British Parliament is working on legislation to remove any sexism favoring male heirs.

On Monday, Prince William, a Royal Air Force rescue helicopter pilot, repeatedly co-piloted a Sea King helicopter for a water landing in a training exhibition on Dalvay Lake in Prince Edward Island National Park. Prince William, clad in an olive flight suit and helmet, expertly glided his helicopter onto the water six times during the hour-long showcase while his gorgeous wife watched from afar.

His landing trainer, Col. Sam Michaud, told the AP the royal was “looking for his wife on the shoreline at one point.  “She was waving back about 100 feet away.”

The prince, who is now fully trained in the art of the helicopter water landing, earned high marks from Maj. Pat MacNamara, who told the AP the recently-married hunk is a star pilot.

“I would suggest he was having quite a bit of fun; he said it was one of the highlights of his trip,” MacNamara said.

Then, the royal couple went head-to-head in a Dragon Boat race in Charlottetown, Canada, where William’s crew beat Kate’s, but the pair embraced after.

William reportedly told Kate, “There’s no chivalry in sport,” after he received a bottle of champagne as a prize for the win.

Following the competition, the couple watched a showcase of local performers singing and dancing to Celtic and Acadian songs; sampled local delicacies, including freshly caught lobster, in a lavish tent set up in their honor; and watched a search-and-rescue operation conducted.

The royals begin their highly anticipated three-day trip to California on Friday and Celeb Dirty Laundry will be reporting everything exciting as it happens.