Prince William Dancing in His Boxers & A Feather Boa – Photo 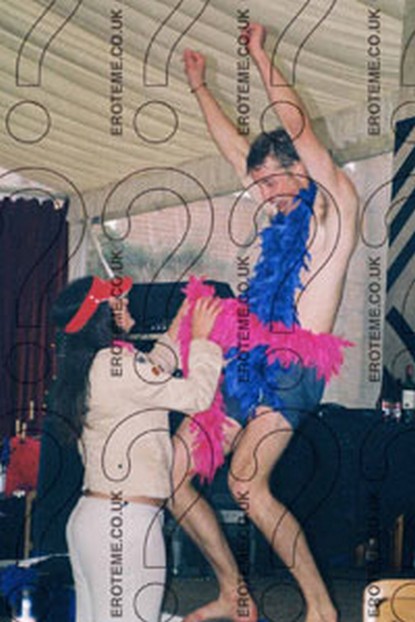 In 2002 when Prince William was a happy go lucky student – he attended  his friend James Tollemache’s, the son of a lord 21st birthday party.   The man who may one day be King had no problem stripping down to his boxers and dancing around the stage with two boas for a girl pal during the wild party.  Once William finished his bumping and grinding on stage he jumped into the moat of Helmingham Hall, the Tollemache family’s Suffolk estate for a cooling off.

People.co.uk has the scoop & more pictures:

“William was really enjoying himself – and these pictures show how he had no airs and graces.  He was cool about stripping off and really going for it. To think he’s the future king of England is just incredible. He was having a boogie in his pants and a ­couple of feather boas.  It shows how popular he was. Wills wasn’t a big boozer – these were just high jinks.”

William looks like he is having a grand time – head over to People.co.uk to check out the rest of the pictures.  Meanwhile,  Prince Williams will be getting married next Friday (April 29th, 2011) to Kate Middleton and I  guess his days of dancing in his boxers are over except for private dances for Kate Middleton!