Prince William Getting Kate Middleton A Puppy For Christmas 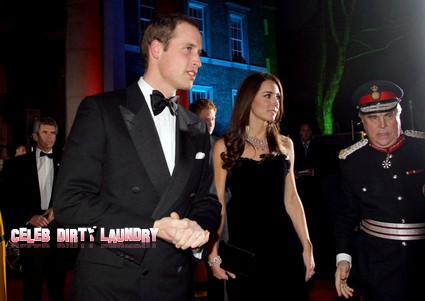 If you thought it was hard keeping your Christmas present for your partner a secret, try living in the public eye! NBC’s Today Show reported this morning that they know exactly what Prince William is getting Kate Middleton for Christmas—a puppy! According to the show “speculation is swirling over what [Prince] William is going to get Kate for Christmas, [and] the general consensus at this point is that the Duchess of Cambridge is getting a puppy.”   Lucky!

Could William be sending Kate parenting vibes with this rumored purchase? After all, Kate has been on bump watch ever since that second balcony kiss.

This will be 29-year-old Kate’s first Christmas with the Royal family in Sandringham, England without her family or royal aids to support her. US Weekly recently reported that Princess Catherine—as she’s been dubbed—will “quickly learn that this is not like any Christmas she has had.” Something tells me that there will be no chilling out in pj’s watching “A Christmas Story” over big glasses of Baileys. But Kate will only have to withstand the pomp and circumstance until Boxing Day when Pippa will join her in Sandringham and they will make their way back home to Bucklebury for the rest of the holidays—hopefully with a new four legged friend in tow.

There’s no word on what kind of breed the puppy will be. Along with the Queen’s 50-year preference towards Corgis, Prince Charles and Camilla recently adopted a Jack Russell Terrier. Whatever kind of puppy though, chances are it will only make this couple even more adorable than they already are.