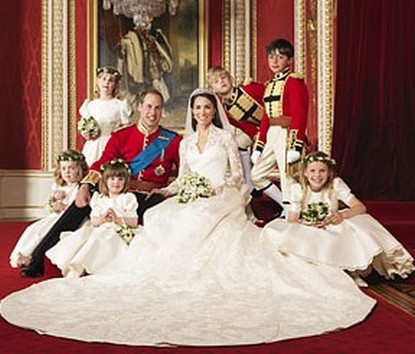 The first official wedding photos of the wedding or Prince William and his beautiful bride Kate Middeton have been released.  The pictures, were taken in Buckingham Palace’s throne room immediately after the bride and groom arrived from Westminster Abbey.  In the picture above Kate wears her stunning wedding dress which wowed fashionistas aound the world.  The dress was designed by Alexander McQueen’s creative director, Sarah Burton.  The shot was taken in the throne room in Buckingham Palace and the couple are surrounded by their wedding party, the bridemaids and pages.

In the second shot released Kate and William the  new Duke and Duchess of Cambridge pose alone.  The couple are arm in arm with the Kate holding her bouquet in her left hand.  The pictures were taken by photographer Hugo Burnan. These are the first official wedding pics released.  What do you think of the pictures? 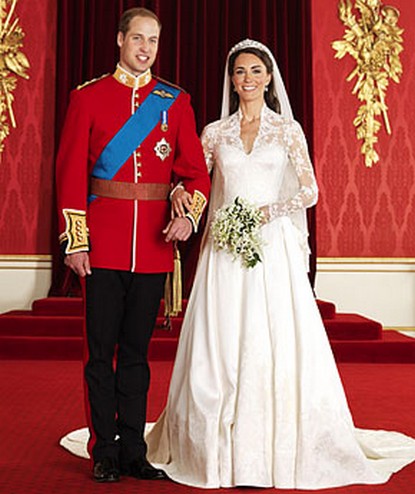