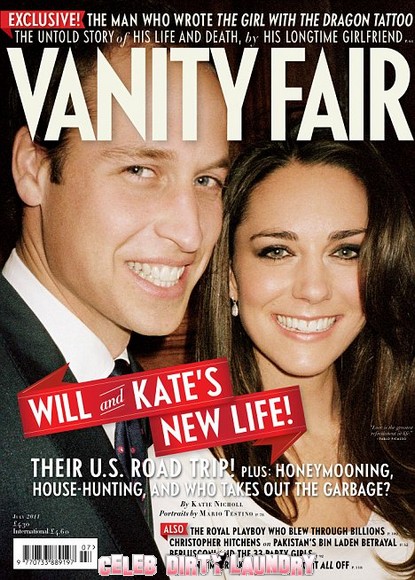 Prince William and Kate Middleton, the new Duke and Duchess of Cambridge grace the July 2011 issue of Vanity Fair.  The photo of the beaming couple was taken by photographer Mario Testino, 56.  The issue includes never before seen photos of the couple.  It also includes Mario’s 1987 photo of William’s mother Princess Diana.

Mario has said he understand why the Royal couple chose him as the photographer.  Mario was a close friend of Princess Diana and said, ‘I guess it was a way for them to keep William’s mother in the whole process of it.’

Prince William and Kate Middleton Will Journey To North America

Mario went on to say they are a young couple in love and despite the pressure of the photoshoot Kate looked fabulous and her and William glowed with happiness.