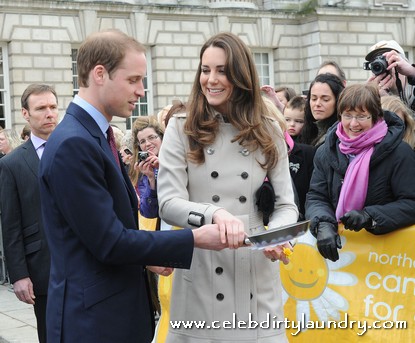 The Queen bestowed new titles upon Prince William and his bride Kate Middleton.  The titles were officially announced  before the ceremony.  Kate Middleton will no longer be a commoner once she marries Prince Williams she become Her Royal Highness the Duchess of Cambridge.

As well as a duchess, Kate is also technically Princess William of Wales.According to protocol, she is not officially Princess Catherine as she was not born a princess in her own right.  All titles are in the gift of the Queen and it was up to the monarch to choose which one to bestow on her grandson and his new wife.

But William’s thoughts will also have been taken into account by the royal matriarch in a private discussion between the Prince and his grandmother.  Tradition dictates that royal men receive a title on their wedding – and often more than one.