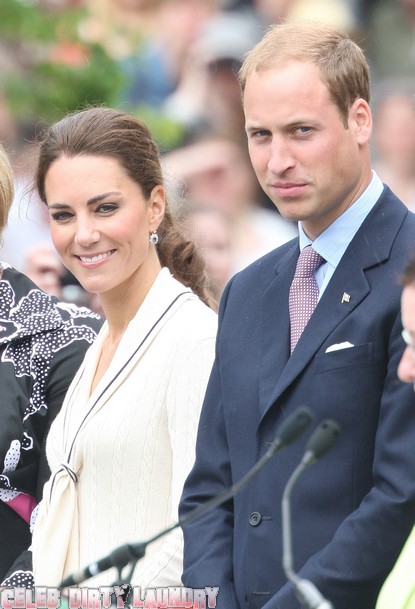 Prince William and Duchess Catherine had a lot of planning to do for their big day on April 29th, but they got some important advice from William’s grandmother, Queen Elizabeth II.

In Robert Hardman’s new book, The Queen, the Prince talked about his grandmother and the tips she gave him prior to walking down the aisle earlier this year.

He talked about the invitation list for the wedding, saying, “I was given this official list of 777 names…dignitaries, governors, all sorts of people, and not one person I knew.”

So, he sought advice from Her Royal Highness. He said, “I rang her up the next day and said, ‘Do we need to be doing this?’ And she said, ‘No. Start with your friends first and then go from there.’ And she told me to bin the list. She made the point that there are certain times when you have to strike the right balance. And it’s advice like that, which is really key, when you know that she’s seen and done it before.”

There was one thing that she wasn’t willing to budge on, though: His attire for the ceremony. He revealed that he was told to wear his Irish Guards uniform, because it’s his most senior military appointment. He said, “I was given a categorical, ‘No, you’ll wear this!’ So you don’t always get what you want, put it that way. But I knew perfectly well that it was for the best. That ‘no’ is a very good no. So you just do as you’re told!”

He went on to say, “As a shy, younger man it could be harder to talk about weighty matters. As I’ve got older, she’s become an even more important part of my life, so it’s much easier. And obviously with the wedding, she was a massive help.”

He added, “For me particularly, being the young bloke coming through, being able to talk to my grandmother, ask her questions and know that there’s sound advice coming back is very reassuring…she won’t necessarily force advice on you. She’ll let you work it out for yourself. She’s always there for a question or two, for whatever it is you might need.”