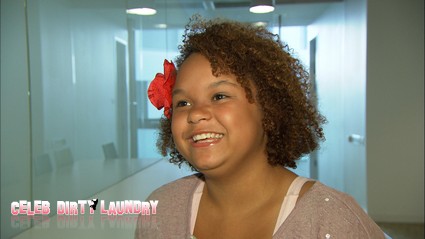 The forth performance tonight on the X Factor USA is Rachel Crow  The X Factor USA returns tonight with a a Michael Jackson themed episode.   The remaining top 7 will be covering tunes from the Michael Jackson’s songbook.  They will be competing head-to-head while channeling their inner Michael Jackson!  This week will also be another double elimination week, where two contestants will get the boot, taking us down to the top five so the stakes are high.

Rachel Crow singing Can You Feel It from The Jackson’s first track on their album, Triumph. (disappointing and she should have picked a Michael Jackson song, not one from The Jacksons)

Judges comments – L.A. said:   This is probably the only time that I have watched you and didn’t believe that you were having a great time, it was not the best that I have seen you. Nicole said: Pumpkin, I thought you did a really good job, but I did not feel the connection. Paula said: I absolutely adore you, I don’t feel this song gave you justice and it is time to get back to what you want to do.  Simon said: It is actually anti-Simon tonight, I thought you were great and do listen to Squidley, Diddly and Tweedle Dum.