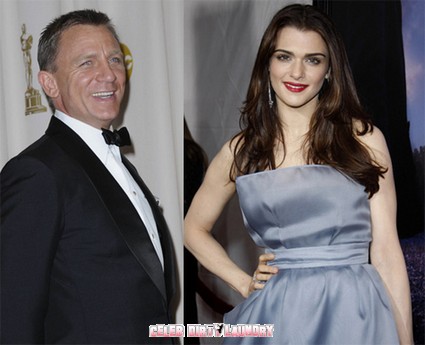 James Bond star Daniel Craig, 43, and The Mummy actress Rachel Weisz, 41, got married in a secret ceremony attended by just four people in New York State last Wednesday.  The only people who attended the wedding were Daniel’s daughter Ella, Rachel’s son Henry and two family friends.  The pair who are said to be madly in love have kept their relationship out of the public eye.

Robin Baun of Slate PR, which represents Craig, said the pair had got married.  Rachel split from her long term partner and father of her son, Darren Aronofsky, last year, while Daniel reportedly broke off his engagement to fiancee Satsuki Mitchell.  The couple began dating after meeting on the set of upcoming movie Dream House.

Congrats to Daniel and Rachel!