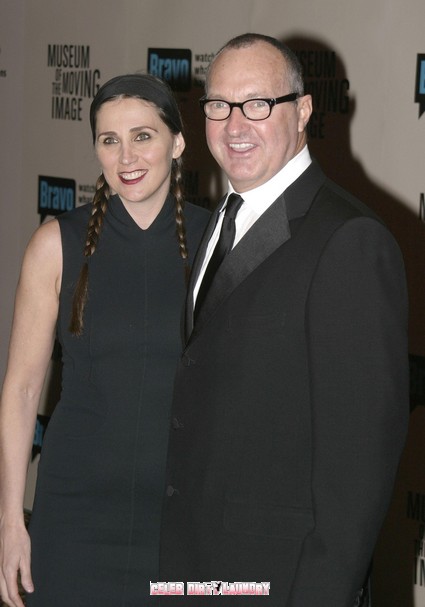 Randy Quaid and wife Evi Quaid fled to Canada after US authorities issued a warrant for their arrest on charges including trespassing and vandalism when they were found living in the guest house of a property they formally owned.  They subsequently applied for refugee status in Canada, where Evi’s father is from, and were granted citizenship.

Randy claims to be eager to return to the U.S. to return to his acting career, but says the ‘door’s been slammed’ in his face by American officials who want to arrest him.  Officials at the district attorney’s office in Santa Barbara County, California tried to extradite the pair to America, but the request was denied.

Randy tells the Associated Press, ‘I feel like we’ve been driven out of the country and that the door’s been slammed behind us. And for what, these phony little trespassing, vandalism charges? Santa Barbara can sleep better tonight knowing the Quaids are out of their hair. What I wish more than anything is that I could start getting press about my work as an actor. That is what I do. I’m not a criminal.’

All the Quaids need to do is return to the USA and settle these charges. After all its not as though they drugged and raped somebody – as did Roman Polanski – the Quaid’s charges are really minor. Face the music Randy – the tune will not be your swan song.