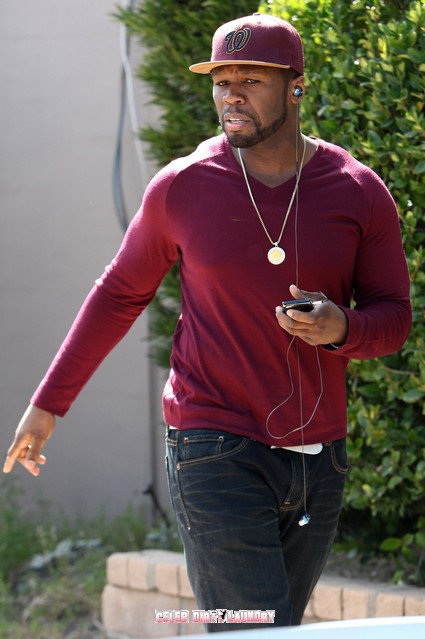 50 Cent is bitching again and this time threatening to drag Dr. Dre into his sulking storm raging against his label, Interscope.  Just a month after throwing a fit toward Interscope to show how upset he was with how his album promo was handled, the 50 cent has slammed his label once again.

“Man I’m not releasing a album i can’t believe interscope is this f***ed up right now. I apologize to all my fans,” he tweeted.  “I will work with other artist on there projects but I will not put out another album. They dropped the ball with me one time to many.”

50 Cent, born Curtis James Jackson III, was mad because one of his new songs leaked, and he indirectly blamed his label for that. “I don’t know how I can record 41 song for my album and the one song I give interscope leaks But I don’t care its good music,” he stated.

50 Cent planned to leak a song from his label mate, Dr. Dre, as revenge.

“I LOVE DRE but I’m putting his next single psycho out tomorrow at 2:00 #SK,” he gushed. “Your gonna love it its a big song I just don’t think it deserves a great set up sense they can’t seem to get it right when it comes to me.”

“I wouldn’t leak dre’s record he has done nothing but help me in my career. jimmy has always been supportive of me. I hate when I can’t present my music the way I feel it should be but f*** it check out I’m ON IT.”

As ridiculously spoiled and obnoxious as some Hollywood stars can be, they can still learn a thing or two from 50 Cent.