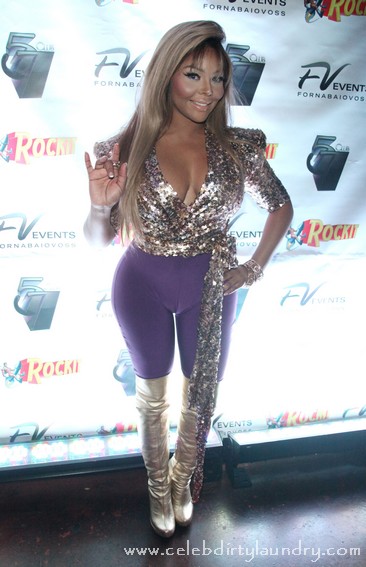 Are you one of those sad people who think that the government controls everything – from the price of oil to the flu to islamic terrorism?  Well if so then you’ll be thrilled with what Lil’ Kim had to say on the radio about the murders of Tupac and Biggie Smalls.

Rapper Lil’ Kim recently did a radio interview in which she implied that the government may have had something to do with the deaths of The Notorious B.I.G. and Tupac Shakur.

“I always felt like Biggie and Tupac’s deaths was bigger than how they tried to make it believed to be.  Them two was very powerful guys,” Lil’ Kim told Lady T of Orlando’s Power 95.3.

“They both could have ran for mayor just like Arnold Schwarzenegger and probably won, and you know I think the government is looking at it like, we can not have these two hood dudes with this much power running for mayor or something like that and winning.  Because they feel like they would have lost control I think.”

Shakur was shot four times while in Las Vegas on September 13, 1996 and B.I.G., real name Christopher Wallace, was killed in a drive-by shooting in Los Angeles on March 9, 1997.  At the time, neither rap star was known to be thinking about throwing their hood hats into the political ring, nor would they have been a credible threat to the established power structure if they had.  In fact, both dudes were big-time millionaire entertainers about as far removed from political reality as is Lil’ Kim.