‘Real Housewives of Beverly Hills’ Getting Too Real – Suicide And Violence 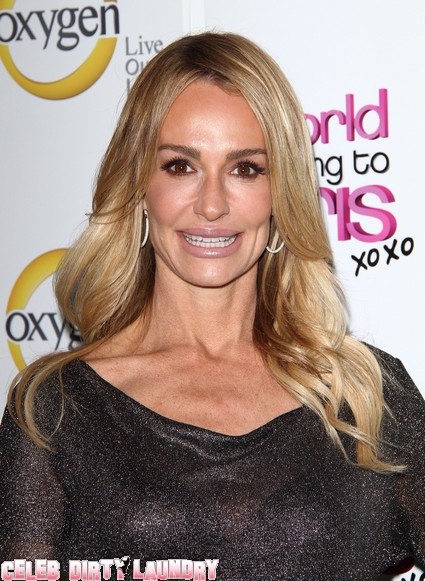 Taylor Armstrong has secretly revealed to fellow cast members that she was beaten so badly by her late husband, Russell Armstrong, that she had to undergo facial surgery.  Making matters even worse, when Russell found out she spilled the beans, he sent Camille Grammer threatening email.

The “Real Housewives of Beverly Hills” has been delayed to an unknown premiere date for re-editing to occur, after the death of Taylor Armstrong’s husband, Russell, who committed suicide on Monday, August 15, 2011

Just before the shooting for season 2 of “Real Housewives of Beverly Hills” began Taylor was severely beaten. Sources say Russell hit her in the face so hard he cracked bones in her cheeks. Sources say there are pictures of the injuries and they are “horrific.”

Taylor was hospitalized as a result of the beating and tried to keep it a secret, but she couldn’t show her face for weeks and feared she’d be fired.

Apparently Taylor confided in Camille Grammer and Kyle Richards both of whom urged Taylor to tell Bravo what really happened.

We’re told Taylor went home and told Russell about her conversation with the two women and the outrage they had shown when they heard what happened. Russell reacted by sending Camille a “very threatening” email. One source who read it said, “It was the rantings of a lunatic.”