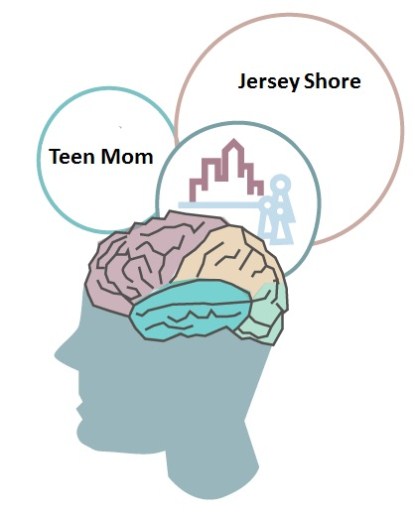 Can you imagine SAT questions on Jersey Shore’s Snooki or Kim Kardashian?  Do you see American Idol or Paris Hilton standing proudly alongside Shakesphere and Browning?  Well prepare for the future and embrace change because the people at the College Board have made a big move.

Saturday’s SAT college admissions test contained the shocking question “Do we benefit from forms of entertainment that show so-called ‘reality,’ or are such shows harmful?”  The question – which one-third of the kids got – assumes that every kid taking the SAT has a television.  And that they are allowed to watch reality shows. Or care to.

We thought the good students were the ones who did three or four hours of homework a night after participating in sports or other extracurricular activities instead of watching shows like “Celebrity Rehab” or “Jersey Shore.”  “I guess the kids who watch crap TV did well,” said one honors student at LaGuardia Highschool for the Performing Arts. “I was completely baffled; I watched ‘American idol’   four years ago.

“A lot of what we did in SAT prep classes was to use historical events or literature in our essays.  It was so difficult to try to connect something you’ve learned in school with that topic.  Some of my friends don’t watch TV at all.  They are really, really scared.”

Dan Edmonds, vice president of research and development for Noodle Education, a tutoring and education search service, says:  “A more typical essay question is ‘Is patience a virtue?’ which some of the kids got on Saturday.  Within an hour of the test ending our tutors started getting emails from kids from leading schools like Horace Mann, Trinity, Dalton and they were upset.”

“One of our students has no TVs in his house, and certainly a large number of our students have limited TV watching. Other families are very religious, or on the other side of the spectrum are very progressive.  Neither want their children watching reality shows.”

Students were only given a single topic for their essay, which is part of the writing section and counts toward one third of their SAT score.  That score, along with the student’s grade-point average, carries the most weight in most college admissions directors’ decisions.

You would think that College Board President Gaston Caperton, the former governor of West Virginia, would earn his annual salary of over $800,000 by demanding intellectual and academic excellence and refusing to water down the SAT test.

Just last year Caperton said,  “Demanding higher standards are critical in providing America’s students with an education that will prepare them to compete in the 21st-century economy.”

However one looks at this issue, it might be useful to note that historically, new forms of entertainent usually begin life by being rejected by the established intellectual powers that be.  So there might be hope that one day  ‘Skins’ and ‘Teen Mom’ will stand proudly by ‘Macbeth.’