Rebecca Black Is Working On A Debut Album 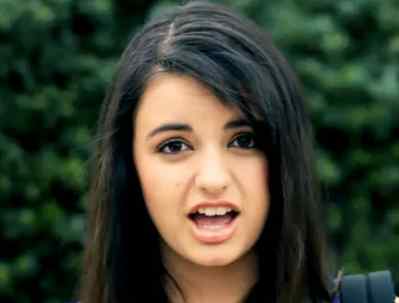 13 year old Rebecca Black who has been widely criticized for her song ‘Friday’ is working on her second song called ‘LOL.’  I guess she is laughing because it really seems she is having the last laugh.  Lady Gaga and Simon Cowell have had nothing but nice things to say about her and her u-tube song ‘Friday’ is approaching 50,000,000 hits.

Now apparently Rebecca is working with Flying Pig Productions on her debut album.  She said, “You think you are bringing me down and making me not want to do this any more. But you’re making me stronger and want to do it even more.   “Here I am in a studio working on my debut album. I’m going to prove you wrong. Just like ‘Friday’, the new songs are pretty catchy.”

Rebecca said she was initially hurt by all the negative comments she recieved about her song and her skills as a singer but she revealed she has gotten over it.  “I call them negative Nancies. They can try to rain on my parade, but as far as I’m concerned they are raining on their own parade. Just face it – it is a catchy song. It gets stuck in my head.”