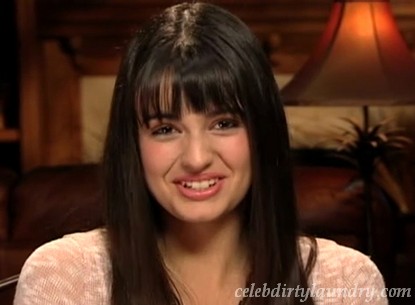 Rebecca Black really emerged from out of nowhere with her song, Friday. At first, it was more like a funny and annoying meme, but since, she has signed a record deal and plans to release an entire album.

Now, she might be trying to go after Selena Gomez’s man — Justin Bieber!

In a recent interview with Teen Vogue, Rebecca likened her singing to that of Taylor Swift, said that her dream date is Justin Bieber and her thoughts on the lyrics to her famous song.

Teen Vogue: What artists inspire you?
Rebecca: I mean there some people who have had a little jump start in the business, like Miley Cyrus, but watching Justin Bieber become big when he was so young was insane. I never thought I could be anything like him, and now people are comparing me to him!

T.V:Would you say you’re more like Selena, Miley, or Taylor Swift?
Rebecca: People tell me I sound like Taylor Swift. Once you hear my sound without any adjustments—just my raw voice—it’s unique.

T.V: What have the last two weeks been like for you?
Rebecca: It’s been an emotional roller coaster. I’ve had my ups and downs, but this experience is unreal—I mean, Nick Jonas sang my song!

T.V: Why do you think so many people have connected with “Friday”?
Rebecca: I honestly couldn’t tell you. I think it’s a typical pop song that a bunch of people could sing. I don’t know what was so special about it that made it go viral.

T.V: What did you first think of the lyrics for the song?
Rebecca: They were simple, but catchy and clean. I thought it could really go big.

I like that she’s still staying true to herself and is somewhat down to Earth. I like her personality, but in no way does she sound anything like Taylor Swift. In addition to that, her music sucks and her voice is unique — crappy.