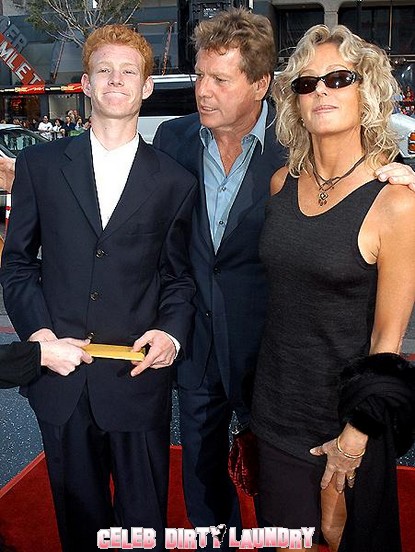 The son of Farrah Fawcett and Ryan O’Neal, Redmond O’Neal has been arrested after being found with heroin in his car!

Is anyone really surprised by this?

Redmond was busted in Santa Monica earlier today, in connection with narcotics. Reportedly, he ran a red light and then cops pulled him over. Upon their inspection of his vehicle, cops found heroin.

He’s said to be being held in jail without bail. A police spokesperson said, “At approximately 8:34AM a motor officer observed an argument at a store on Lincoln corner of Michigan. O’Neal was one of those involved in the argument. The officer then watched as he got into his vehicle. He proceeded to go north bound on Lincoln before turning west bound on Olympic, it was at this time the officer observed him going through the red turn arrow. The officer stopped him for the traffic violation.”

The spokesperson added, “A search of his vehicle was done and narcotics were recovered.”

How stupid or caked out of your brain do you have to be to break the law when you have drugs in your car?!?? I think if I knew their were mass quantities of illegal narcotics in the car, I’d certainly not run any red lights. I’d be the perfect citizen. Duh.