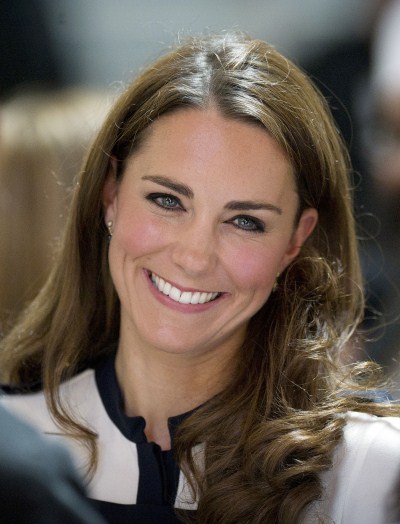 Kate Middleton is behaving exactly like she would if she were pregnant, refusing to drink champagne and eat peanut paste. It has been believed by royal watchers for quite some time that Kate and Prince William have been trying to produce an heir. Kate’s recent weight gain and private visits to doctors have increased speculation that a royal baby will be on the way soon.

When Kate shunned champagne in favour of water as she hosted her first solo royal engagement at Clarence house last week, it looked more likely than ever that she was pregnant.

But now the 29-year-old Duchess has been caught on camera refusing to taste a peanut paste product while at a UNICEF aid depot in Copenhagen with Price William. According to reports, she then gave the prince a knowing look as he inspected the nutrition label on the paste’s packaging.

Doctors have frequently recommended that pregnant women avoid peanuts and peanut-by-products in order to prevent allergies during early pregnancy. Kate herself is not allergic to peanuts so why else would she refuse the treat?

The baby speculation comes a week after the British Parliament changed its 300-year-old succession laws to allow a firstborn daughter to be in the succession to the throne. “The idea that a younger son should become monarch instead of an elder daughter simply because he’s a man, or that a future monarch can marry someone of any faith except a Catholic – this way of thinking is at odds with the modern countries that we’ve all become,” British Prime Minister David Cameron said.

Whether its a boy or girl that Kate is carrying, we would not be surprised by a formal pregnancy announcement soon.