Regis Philbin Turns Down Dancing With The Stars

BY Roberta Ferguson on May 13, 2011 | Comments: 4 comments
Related : Dancing With the stars, Regis Philbin 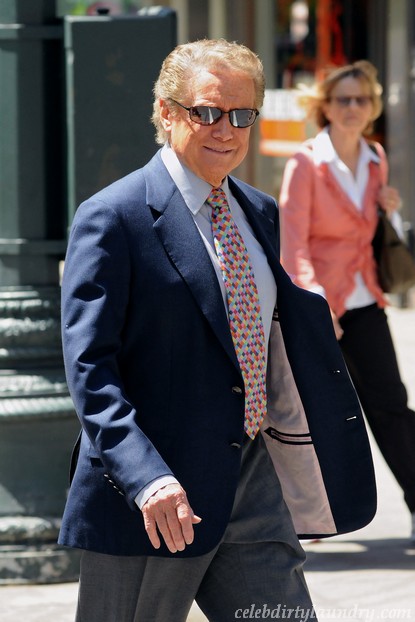 Regis Philbin talked a bit earlier today on his show, Regis & Kelly about the prospect of him dancing on an upcoming season of Dancing With The Stars!

He was invited to compete on the show, but had to turn it down. Come on, Reeg!

He turns 80-years-old this August and thinks that the show might be too strenuous for him. He said, “Regis was invited yesterday to become a dancer on Dancing With The Stars. They do train all day, all week, before the show goes it — it’s too much for Regis.”

Co-host Kelly Ripa joked, “I’d be paying money to see you in Spandex.”

He said, “Would I have to wear Spandex? It’s a little snug around the …”

Too funny. I think Regis would bring a laugh to the show, don’t you? Do you think he should’ve taken the gig? Let us know in the comments!