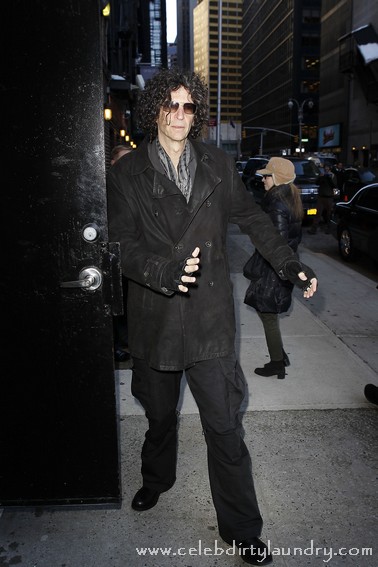 Howard Stern explained on ‘The Late Show with David Letterman’ that Regis did not quit ‘LIVE! With Regis and Kelly’ but was given the boot by ABC executives.

This rather startling revelation came up after a discussion of the late night ratings when Stern told Letterman, “I’m in your corner, I’m rooting for you, listen, I don’t want the same thing happening to you that happened to Regis.”

Stern said he’s neighbors with Philbin, and jokingly said that he stalked him in their building to get the scoop on his recent retirement announcement.  “He got fired, he went in and asked for more money, and they gave poor old Regis the boot,” Stern said.

Regis made the announcement that he was quitting the show January 18, subsequently fired his agent Jim Griffin – obviously this makes more sense in light of Stern’s revelations.

Stern said that Regis should not go gentle into that good night – “Regis should go on, and take a new show, and compete in that same time period and win! Kick some ass!”

By all means Regis – stick up for the old folks – show them what you can do.