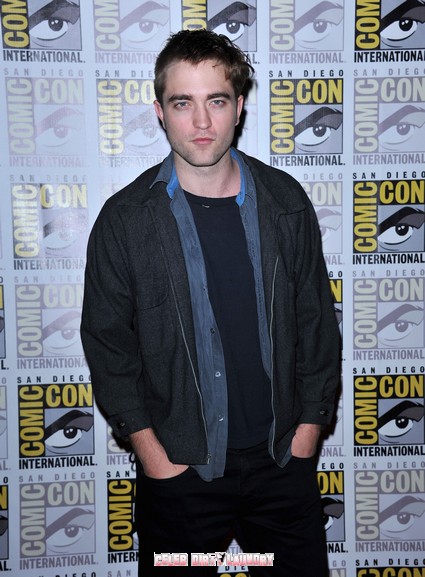 Robert Pattinson stated in an interview at Comic-Con that he thinks he’s destined to play the part of Edward Cullen again someday. “I still feel like somehow, someway I’m going to have to shoot and put in the contacts and the makeup on again for some reason,” Rob said. “But I don’t know when.”

In an interview with The Hot Hits, the fan-friendly heart-throb shared his belief that there will be more Breaking Dawn films in his future. That the Twilight Saga will continue. But how?

Rob doesn’t seem to know. Or if he knows, he’s keeping quiet and refusing to tell. Which is entirely possible considering Rob’s propensity for dealing creatively with the press. Whatever the truth may be, continuing would be wonderful for everyone concerned since Twilight Breaking Dawn 2 is the most eagerly awaited film of the year. Hopefully, the powers that control the universe were listening to Rob and his “feeling” was more than a feeling!

This bit of information should please Twihards everywhere since Rob’s statement gives them hope for what must seem to them like a bleak future – a landscape where no Dawn Breaks.