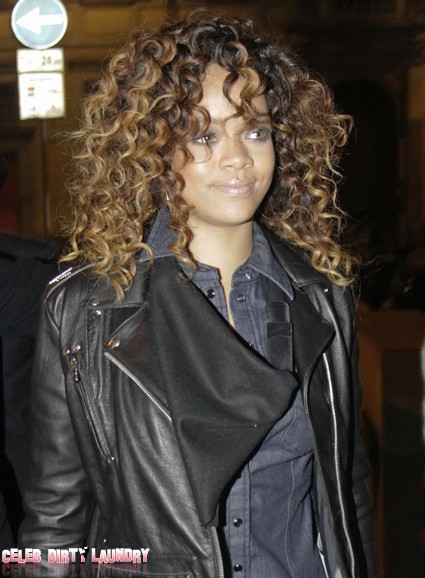 Rihanna demands long-lasting manicures and is a big fan of CND Shellac manicures.  Rihanna has reportedly favoured the long-enduring nail treatment which is a four step process that cures under a UV lamp and gives a chip-resistant finish for up to two weeks.

A spokesperson for the brand said: “Rihanna was one of the very first celebrity fans of CND Shellac! She even wore CND Wildfire Shellac in the music video for Eminem’s ‘I Love The Way You Lie.'”

In Milan last week, Rihanna was treated by CND VIP manicurist for Milan’s Ladybird House Flavia Pitton, who used CND Retention+ Liquid and CND Retention+ Powder to build a strong base before topping it off with a jet-black colour called Black Pool.

The manicurist told Us Weekly magazine: “I love the easy application and the ‘just like polish’ appeal that make CND Shellac’d nails always so chic, even when you go for a trendy design.”

Rihanna takes her beauty regimen seriously and even had a 2am emergency bikini wax earlier this year when shooting a music video in Belfast, Northern Ireland,

A source said: “Rihanna arrived at her hotel very late and the first thing she wanted was a bikini wax. The video shoot was scheduled for the following morning so she didn’t have much time.”

“Her assistants got on the case quickly and called some beauticians after finding a directory on the web. It was relief all round when they finally managed to find someone.”