Rihanna Makes Overture To Chris Brown – And He Accepts! 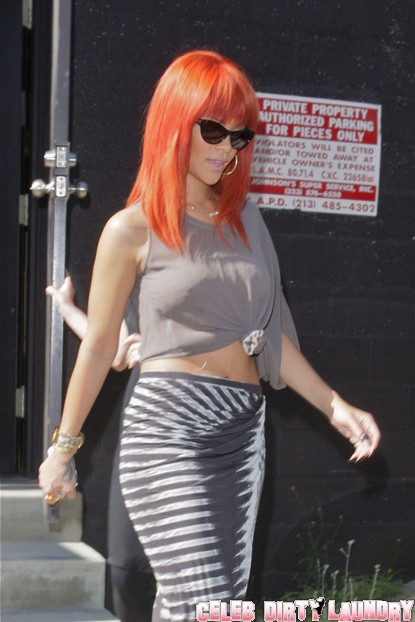 Rihanna, the ‘S&M’ star, might be looking for some real-life S&M. Rihanna added her ex, Chris Brown, to the list of people she followed on Twitter and he quickly returned the favour.

When a fan expressed concern that she was back in touch with the R&B star who attacked her, leaving her with a bruised face and split lip, two years ago, she went ballistic responding with the tweet “its f***** twitter, not the altar!”

She quickly back-tracked when the fan became upset and she posted:“babygirl I’m sorry, I didn’t mean to hurt or offend u! Just needed to make it clear to the Navy! I still Stan for u xoxo.”

Chris, 21, punched Rihanna during a row in February 2009 and was later sentenced to five years’ probation and six months of community service for the assault.  Rhanna recently said she didn’t expect to talk to her former boyfriend, even though she had the restraining order against him relaxed.

At the time she explained: “We don’t have to talk again ever in my life. I just didn’t want to make it more difficult for him professionally.” “What he did to me was a personal thing. It had nothing to do with his career.” “Saying he has to be a hundred feet away from me, he can’t perform at awards shows, that definitely made it difficult for him.”That was the only thing it was going to change, so I didn’t care.”

I don’t believe Rihanna – she added Chris to Twitter for a reason.

Click on the thumbnails below to enlarge and see more pictures of Rihanna leaving Kiki De Montparnasse via the back door where her vehicle was waiting in West Hollywood, California yesteday (05/15/11)!