Rob Kardashian ‘Forced’ To Do ‘Dancing With The Stars’? 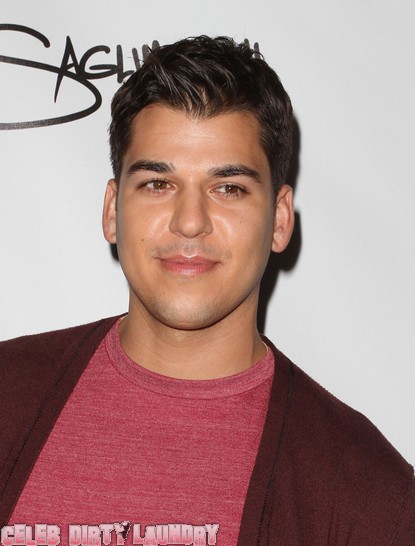 These Kardashians must think we’re all stupid or something. If you believe this story, then you probably believed that Kim Kardashian’s sex tape was “leaked”. Ha.

Rob Kardashian says that the only reason he’s doing Dancing With The Stars is because his momager, Kris Jenner, made him. Because you really have to twist these twits’ arms to get them in the media, don’t you?!?

In a new interview, he said, “I’m actually shocked that I’m doing it. I’m very low-key and really don’t like being in the spotlight, but my mom forced me. That’s the real reason I’m doing it!”

We consulted Wikipedia to learn that Rob is actually 24-years-old, so that defense is out of the window immediately. She didn’t hold a gun to your head, dude. Did she sell him a story on how he’d be the biggest “star” they had on the show?

He says that Kris also forced Kim to do the show in 2008, but they’re pushing him to do better than she. He said, “She forced Kim to do it, too. My family told me that I had better beat Kim as she’s a terrible dancer, and if I couldn’t do this, then I had a problem. I’m hoping that I do well.”

Rob also relates that he’s a Fatty McFatterson who needs the show to lose some extra poundage. He added, “I weigh more than I’ve ever weighed, at more than 200 pounds. I’m usually always in shape, but I’ve been enjoying not working out and eating crap, so I’ll use this to really start getting in shape!”

He went from being shocked and forced to doing the show, to touting its benefits. Kim’s sex tape was “leaked”, remember?!?